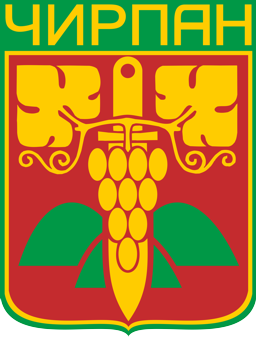 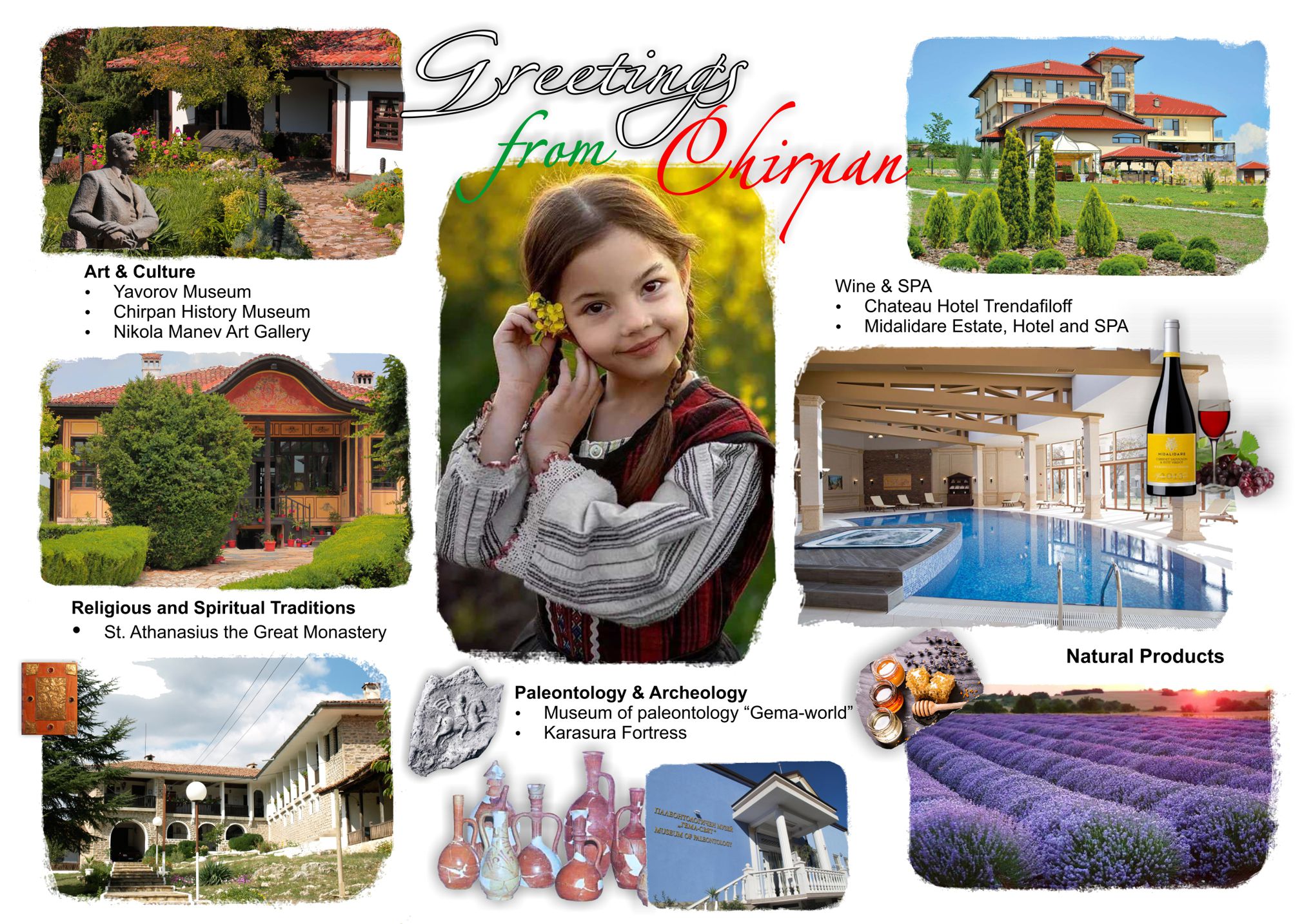 The preserved native house of the poet with the yard, an information center, an open stage and an exposition hall, telling the story of his life and work. The museum is from 1954 and hosts national and municipal art competitions, book presentations, concerts, meetings, and conferences. 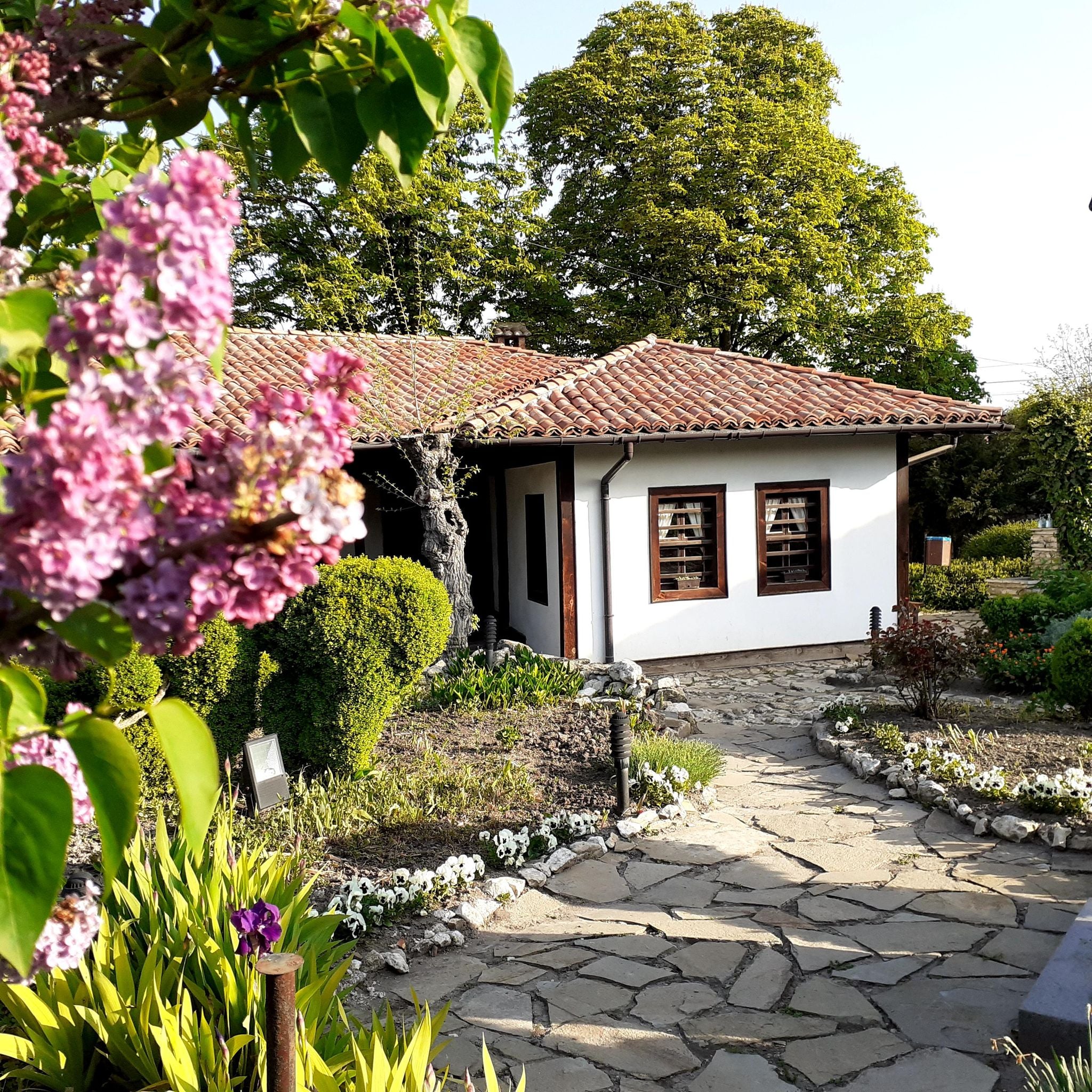 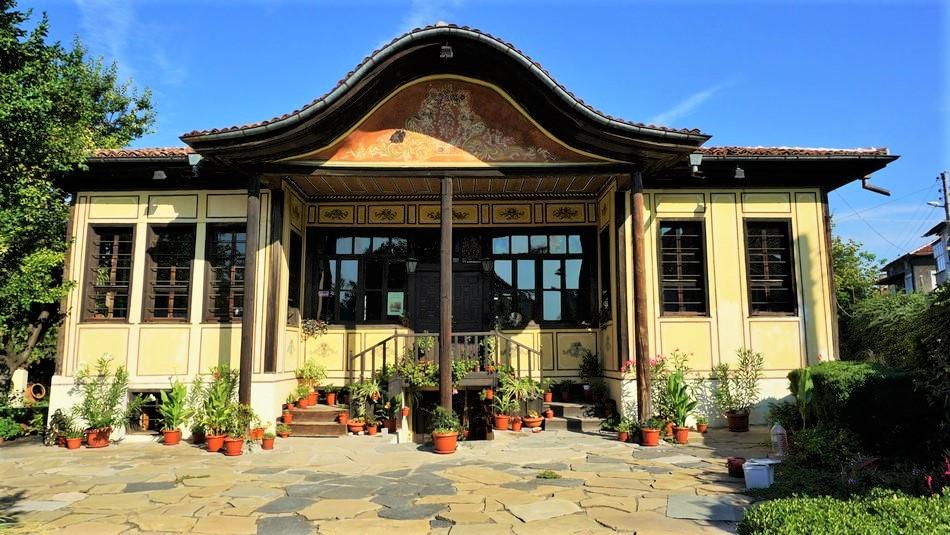 Inside a beautiful old renaissance house, built at the end of XIX century, it presents some of the best works of the painter Nikola Manev, together with an unique collection of gigantic Brazilian crystals. It hosts regular events to support the young artists. Started by Nikola Manev himself, the open stage of the "Yavorov" museum complex traditionally hosts Art celebrations during the month of September.

In 344, the saint Atanasii Aleksandriiski selected a magical place near the village of Zlatna Livada and created a monastery, which is still active till nowadays. The old christian sanctuary keeps attracting worshippers and visitors from all over the world, to drink from the curing water of the well and to pass through the cave for health. A valuable Egyptian icon of the saint, and a one of a kind copy of the Reim gospel, used by the French kings till the XIX century, are kept in the monastery.

At this place in antiquity, there has been a Nymph Thracian holy site, later converted into Christian water holy site. There are remains of a Roman fortress nearby. 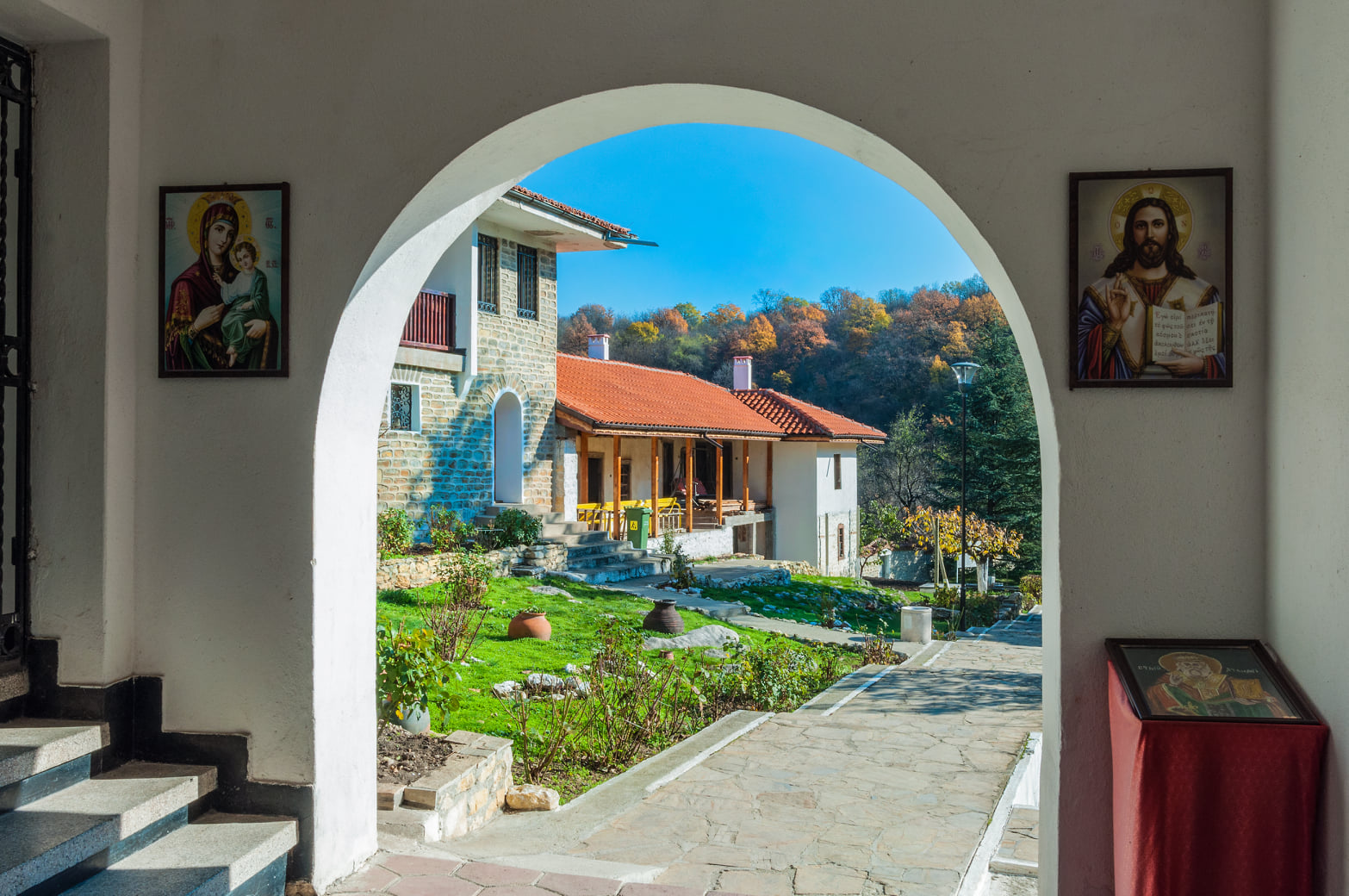 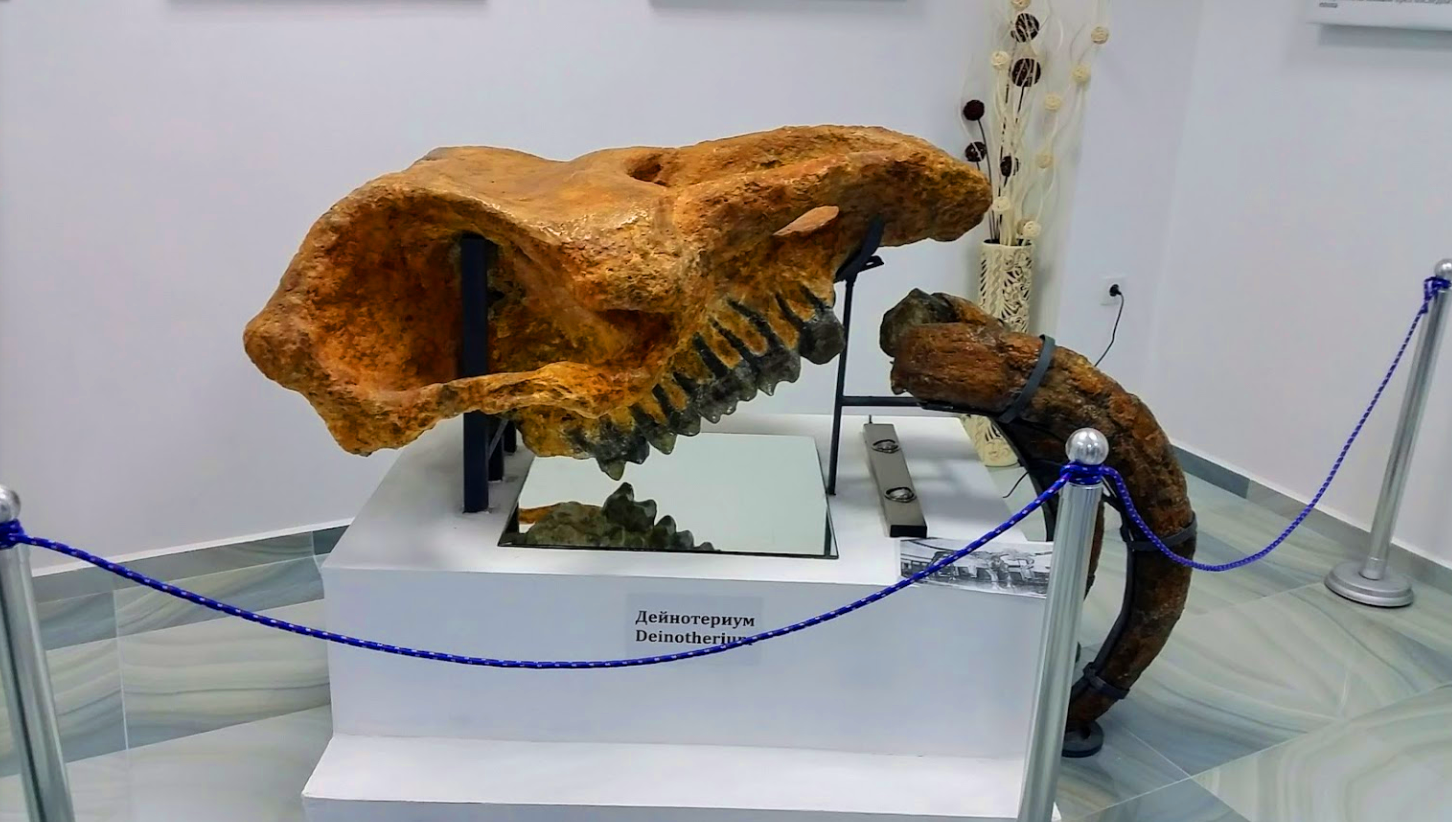 Presents the flora, the fauna, and the human history in the Chirpan lands, chronologically. The earliest paleontological items are 290 million years old. Contains more than 5000 items, collected for more than 60 years, which are fossils from different epochs. One of the most impressive findings in the museum is the most well preserved skull of a deinotherium with its tusks (130 sm.) in the world.

The tooth of the oldest human (humanoid), from 7.2 million years, is considered to be the most valuable and world significant. This unique finding became the reason for the scientific hypothesis, that the first man on Earth has emerged in the ancient lands around Chirpan.

The Orthodox church "Sv. Vavedenie Bogorodichno" in Chirpan is built in 1835, on the footprints of a small old church, while the altar "Sv. sv. Kuzma and Damyan" is from before 1754. The frescos in the church are the work of Georgi Danchov - Zografina. 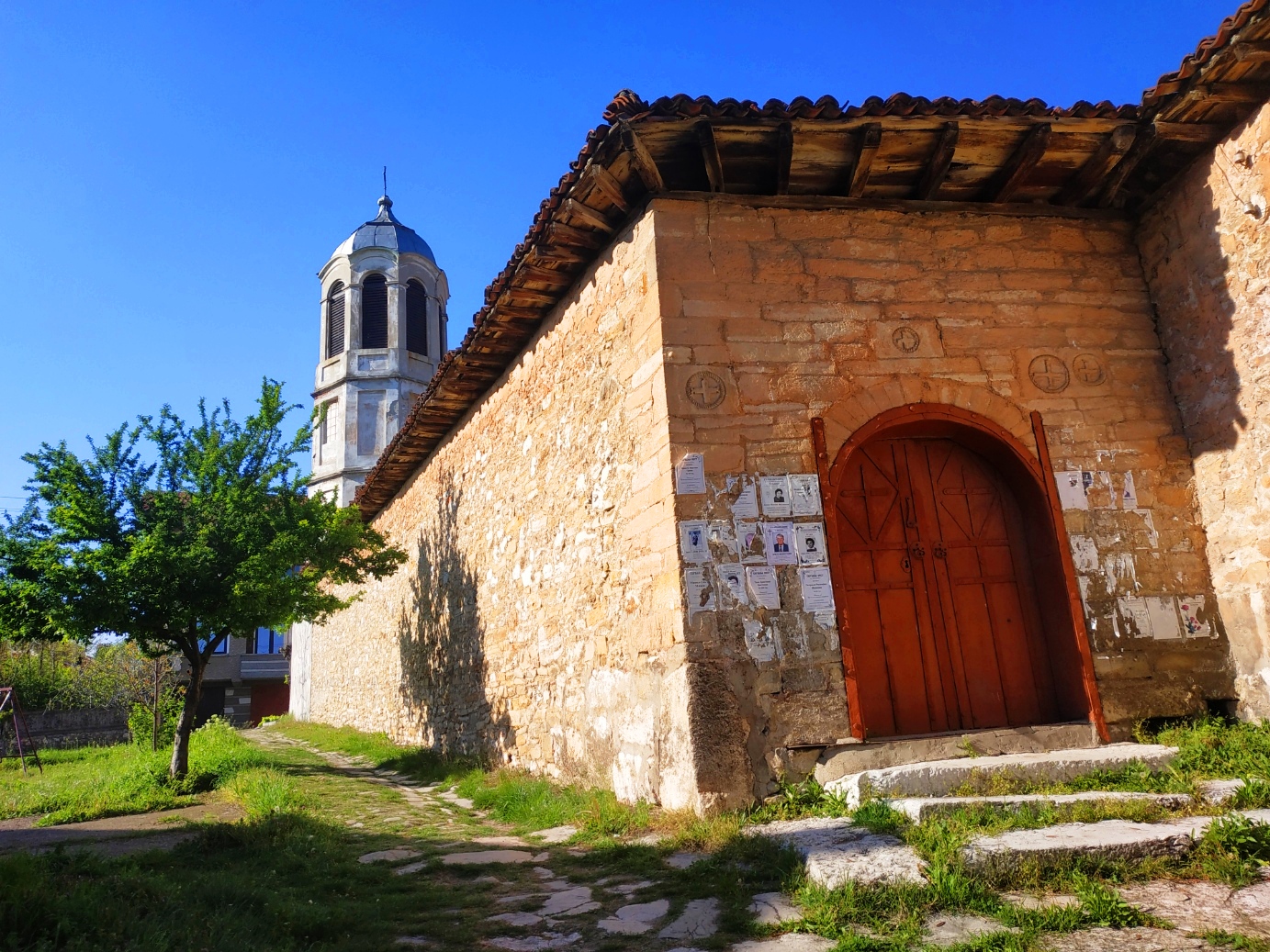 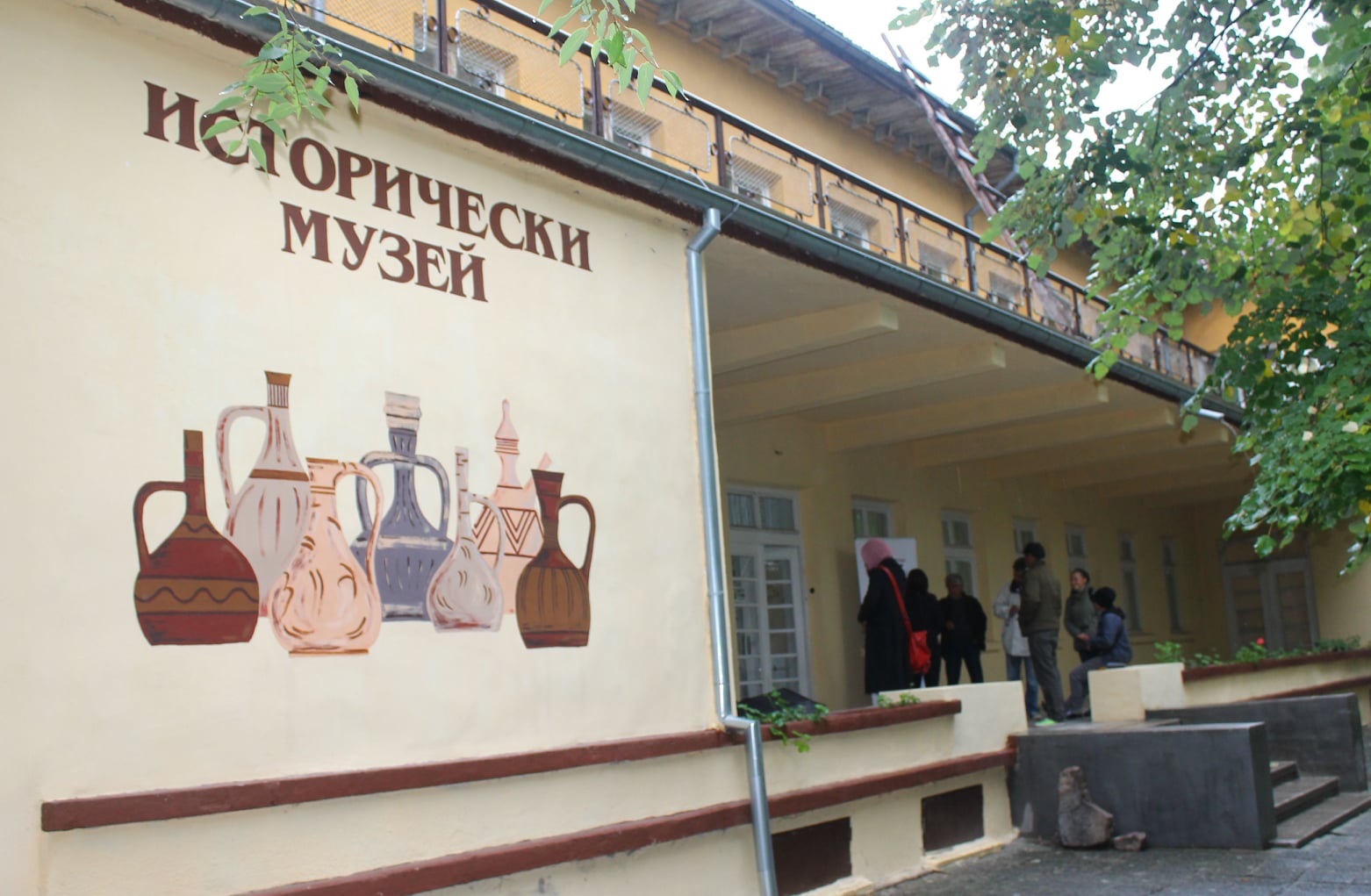 Presents collections of pictures, documents and items, related to the past of the city and the surroundings, including an impressive collection of ceramic dishes from the XI century, discovered during the explorations of the archeological site Karasura.

Located 7 km. north of Chirpan in the village of Spasovo. Contains a rich ethnographic exhibition of pictures and items of the daily life of the people in the region. An installation dedicated to the life of Vicho Bonchev, born in 1868, and considered as one of the most notable representatives of the traditional folk singing art and descendant of the Chukalovi family line, is arranged in the house. 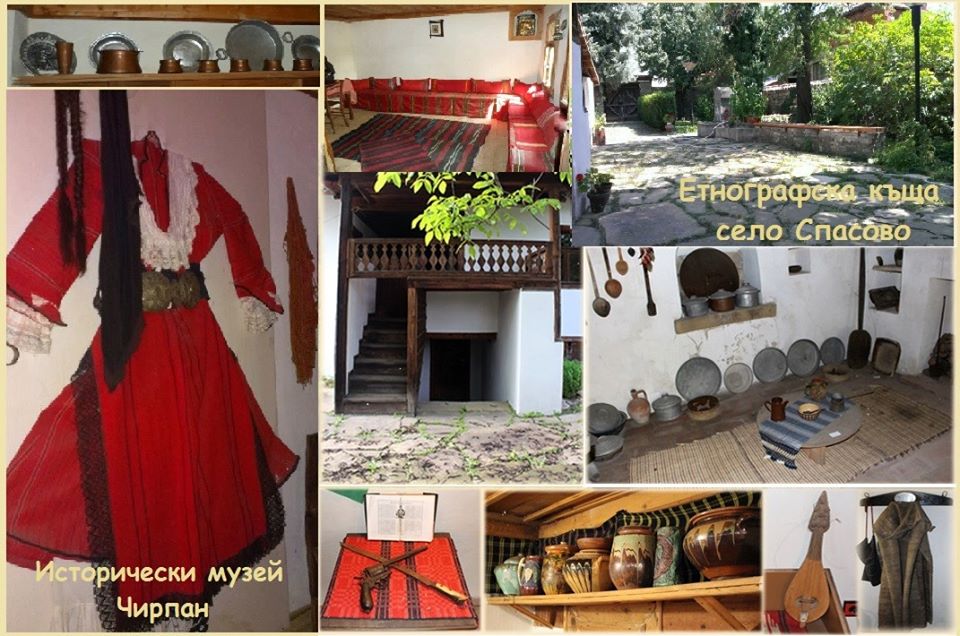 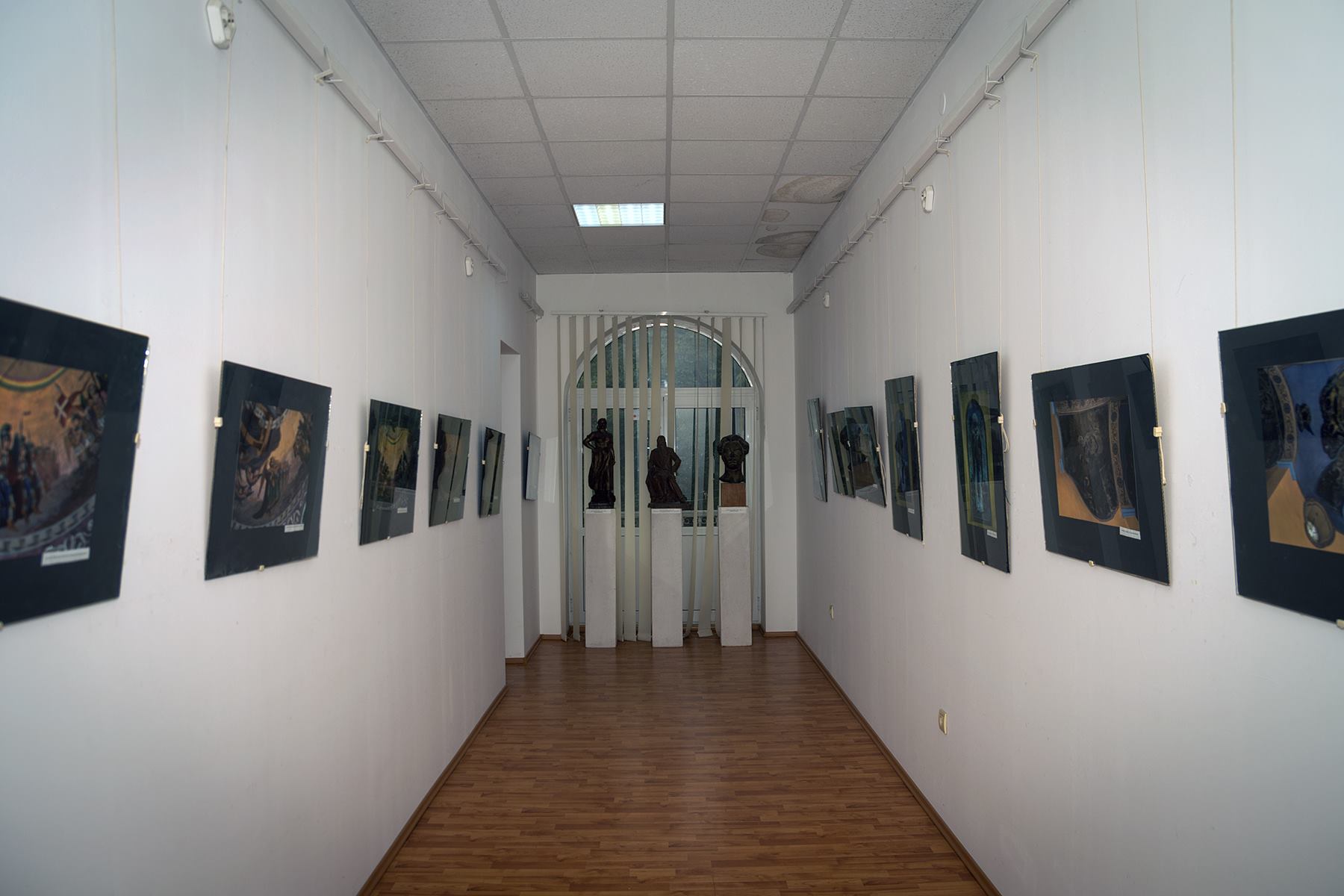 In the "Golyamata Cherkva" area there is a cross, where the altar of an old Bulgarian church, from the 12th century, has been discovered. Countless legends and archeological artifacts are evidence of the curative power and the significance of the mystic place in the history of the local population during the ages.

Most of the churches in Chirpan and the surrounding villages are preserved from the 19th century and have spiritual, as well as cultural and historical significance. 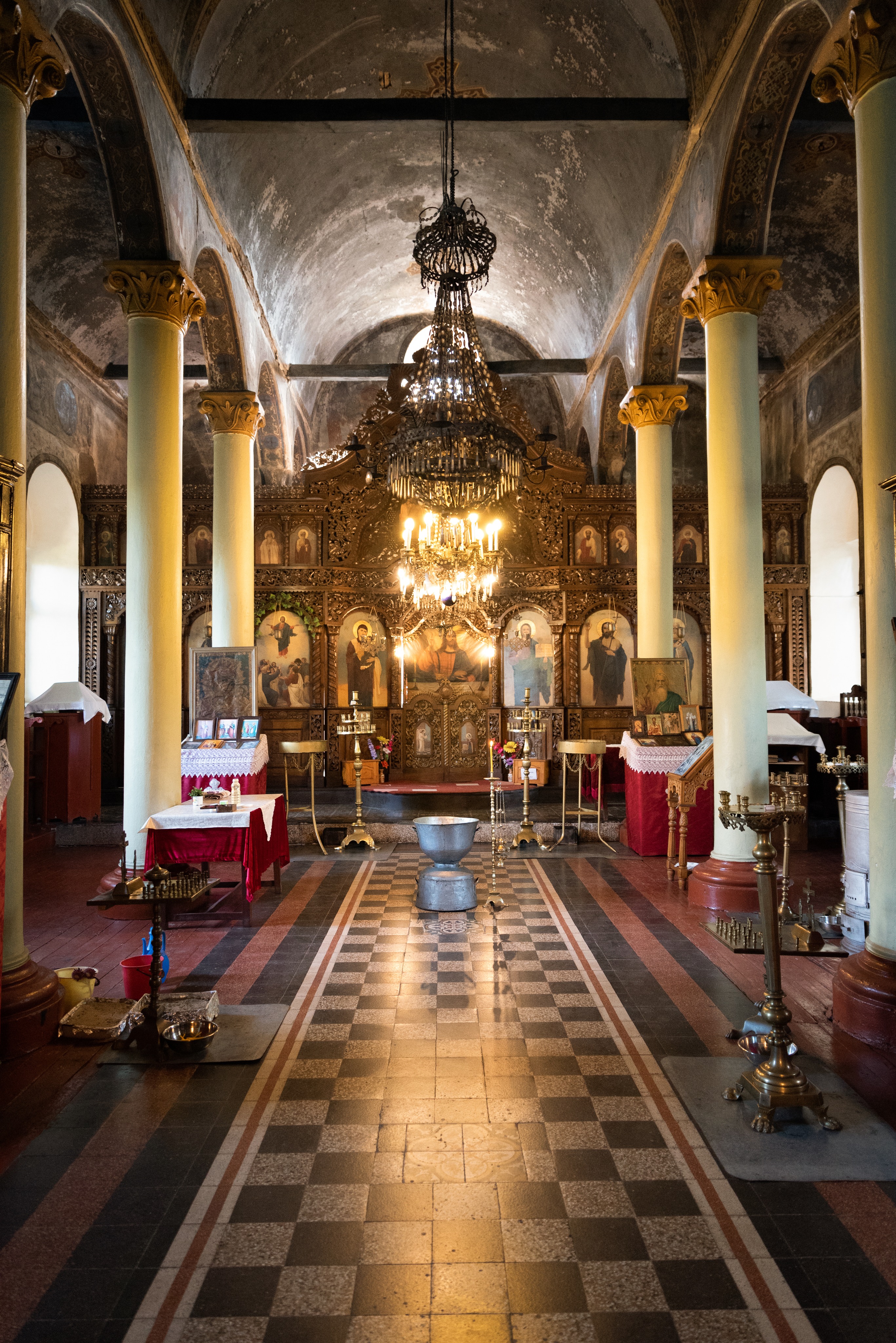 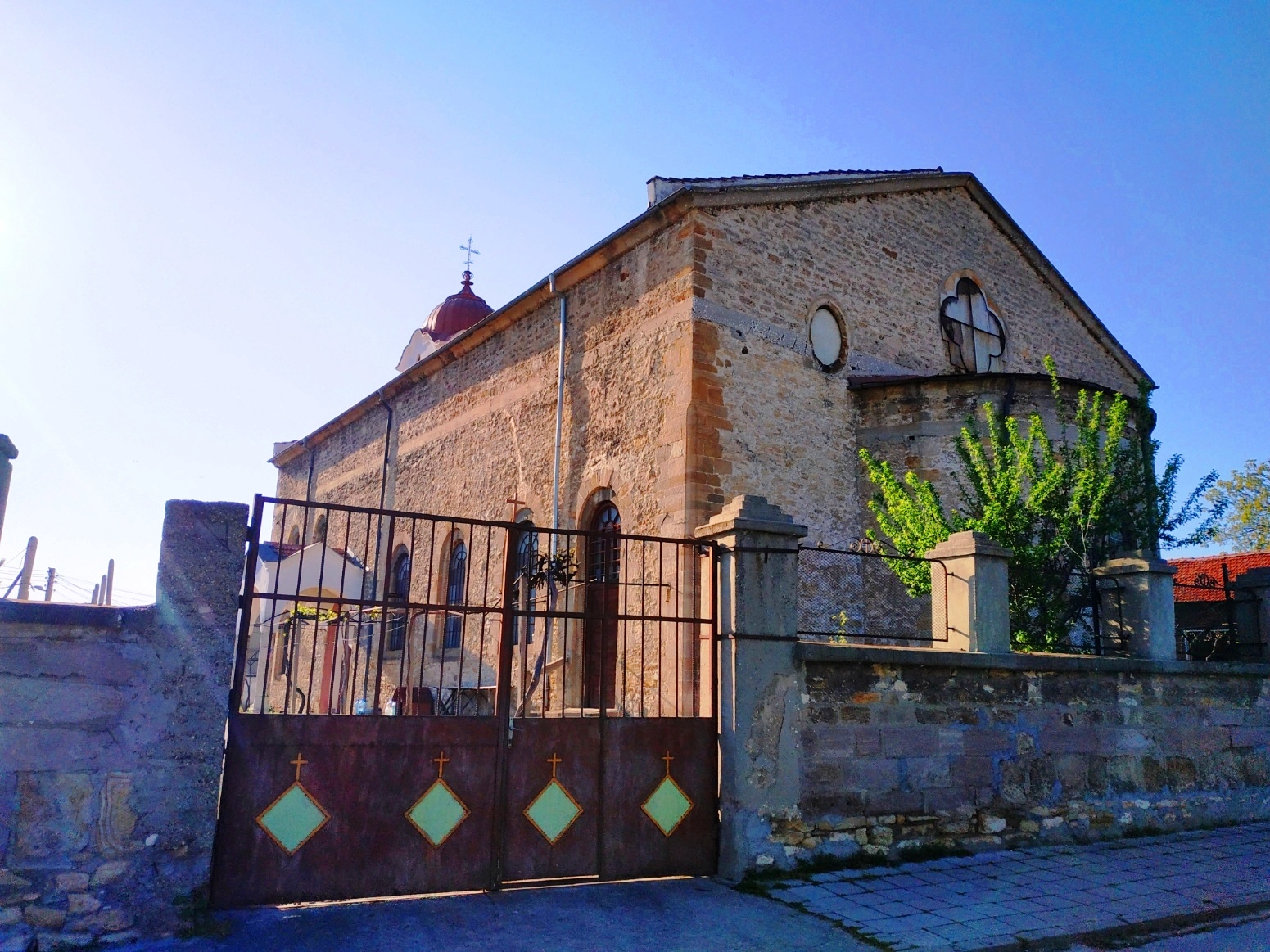 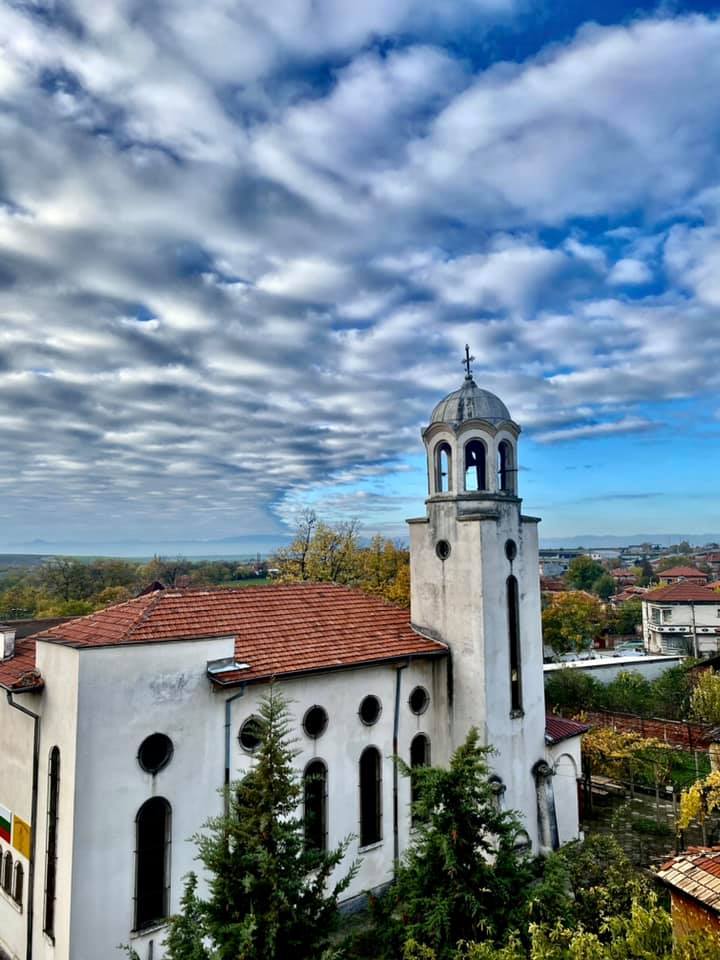 The web site was created by Chirpan municipality, 2022